Claire Fuller is an UK based novelist and short story writer. Her debut novel Our Endless Numbered Days (book review)  attained numerous accolades winning the 2015 Desmond Elliott Prize for debut fiction and has been long listed for the International Dublin Literary Award. It was also nominated for the Edinburgh First Book Award and was a finalist in the ABA (American Booksellers Association) 2016 Indies Best Book Awards. Her second book, Swimming Lessons (book review), was also critically acclaimed. Let us learn more about her interests, writing and future work from Claire herself. 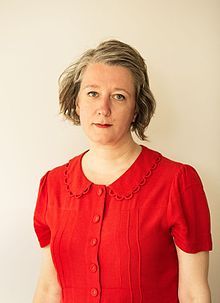 [Book Escapade] You started writing novels at the age of 40, after running a marketing company for many years. What was your motivation to shift tracks and start writing? Was this an attempt to pursue your dreams of becoming a writer?

[Claire Fuller] No, I didn’t ever have dreams of becoming a writer. I was always a reader, but I never considered becoming a writer. I was looking for a challenge and I came across a spoken word competition in my local library, where anyone could enter by writing a short story on any subject and reading it out to a paying audience, who then voted for the winner. It was certainly a challenge, but after a few months I won, and my writing started from there.

[Book Escapade] You have a Masters in Creative and Critical Writing from the University of Winchester. How did this impact your writing style? Do you feel such courses can help bring out the best in a writer?

[Claire Fuller] Masters courses in creative writing do have a reputation for being focused on what might be called literary fiction, and to some extent this is true, although there are more students who write genre fiction attending these courses now. But I always knew I wanted to write literary fiction because that’s what I read, so I don’t think the course impacted my writing style. And I’m not sure I would use the phrase ‘bring out the best’ about the benefits of these courses. I think they are great for lots of things – discipline, looking at other writers’ work (both published and those on the course), critiquing, working with criticism, meeting other writers – but I don’t think it’s about bringing out the best.

[Book Escapade] In both your novels you have extensively described the landscape. Is it your love for nature that is being reflected here?

[Claire Fuller] It absolutely is. I was being interviewed at an event recently and I said, ‘I don’t think I could ever write about the city’, which surprised me as I said it, but it’s true. I love reading descriptions of the landscape in novels, and I love writing them too.

[Book Escapade] You are a multi-talented personality who boldly explores your creativity through writing novels, sculpting, drawing and what not! Which one amongst these activities makes you feel most content?

[Claire Fuller] I have to say that I’m not really sculpting at the moment, although I am starting to do a bit of drawing again. For a long time I’ve felt as though that urge to create has been satisfied by writing. Perhaps I will go back to sculpting at some point, I’ll have to see.

[Book Escapade] I have read in your interviews that music influences your writing. How do you decide the music tracks to listen to during a writing spree?

[Claire Fuller] For my first book, Our Endless Numbered Days it came quite easily – I listened to Iron and Wine and named the book for one of his albums. I listened to Townes Van Zandt while I was writing Swimming Lessons and this took a little longer to settle on, and for the third which I’m coming to the end of now, it was even harder. I couldn’t decide for a long time, and made a play list with lots of different artists on it, but jumping around with different musical styles became distracting, so I made a playlist of just Leonard Cohen’s very sad tracks and wrote the first draft to that. But somehow that hasn’t worked while I’ve been editing to I’ve been writing to just two tracks from The Innocence Mission. It does get a bit repetitive, but it helps get me in the right mood.

[Book Escapade] Both your novels have the act of disappearance as a major theme in the story. What is it that intrigues you about disappearance?

[Claire Fuller] I didn’t intend that to happen, but perhaps looking back on the books it might have stemmed from the idea that Our Endless Numbered Days follows those who have disappeared, while Swimming Lessons looks at the why, and also those left behind. I do remember a lot of people saying to me about Our Endless Numbered Days that they wanted to know more about what happened to those who were left behind, and perhaps that was one of the seeds that started Swimming Lessons.

[Book Escapade] In “Our Endless Numbered Days”, Peggy undergoes a transition in her attitude and outlook as her age progresses. How difficult was it for you to step into the shoes of a child and evolve her as the years flew by?

[Claire Fuller] I didn’t find that too difficult, but I did feel like I inhabited her mind for two years, and saw the world through her eyes even when I was going about doing ordinary things. The more difficult issue with her growing up, was dealing with the time jumps between when she was younger and older. I didn’t want to write about every year she was in the forest with her father because every year would have been the same, so that was the tricky bit.

[Book Escapade] Are you planning for a sequel for “Swimming Lessons” centred around Ingrid’s reappearance?

[Claire Fuller] No, not at all. For me the story ends where the book ends. 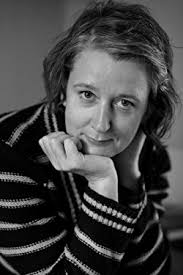 [Book Escapade] Could you kindly provide an insight into the novel that you are working on at present?

[Claire Fuller] It’s about Frances, a middle-aged woman who is commissioned to write a report on the follies in the garden of a derelict English country house in 1969. There she meets Cara and Peter, and falls in love with them and their way of life, until the house unexpectedly gives up some of its secrets. Cara’s and Peter’s secrets are also brutally exposed and Frances’ dream of a perfect friendship is shattered.

[Book Escapade] What kind of genres do you enjoy reading? Who are your favourite authors?

[Claire Fuller] I guess as I said before it would be literary fiction, but novels that are still accessible and keep me turning the pages, while also being beautifully written. I’ve recently discovered William Trevor’s novels, which I love. I tend to enjoy particular novels rather than an author’s whole body of work. And recent novels I’ve read that I’ve loved include One of the Boys by Daniel Magariel, Idaho by Emily Ruskovich, Commonwealth by Ann Patchett, Anything is Possible by Elizabeth Strout… I could go on and on….

[Book Escapade]  Finally, do you have any advice for the budding writers who would be reading this interview?

[Claire Fuller]  Finish it! Whatever you’re working on you’ll probably reach a point where you don’t know how it ends, you’re flagging, and you feel like the work is flagging, but you’ve got to push on past that point. Only until you reach the end will you have something to edit and make better.

Please visit Claire Fuller’s page to get more insight into her work and read more of her short stories.

7 thoughts on “Author Interview – In Conversation with Claire Fuller” 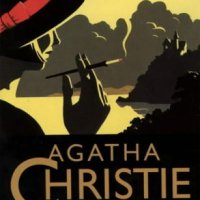 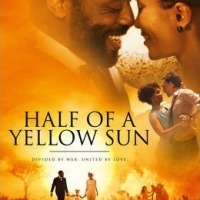